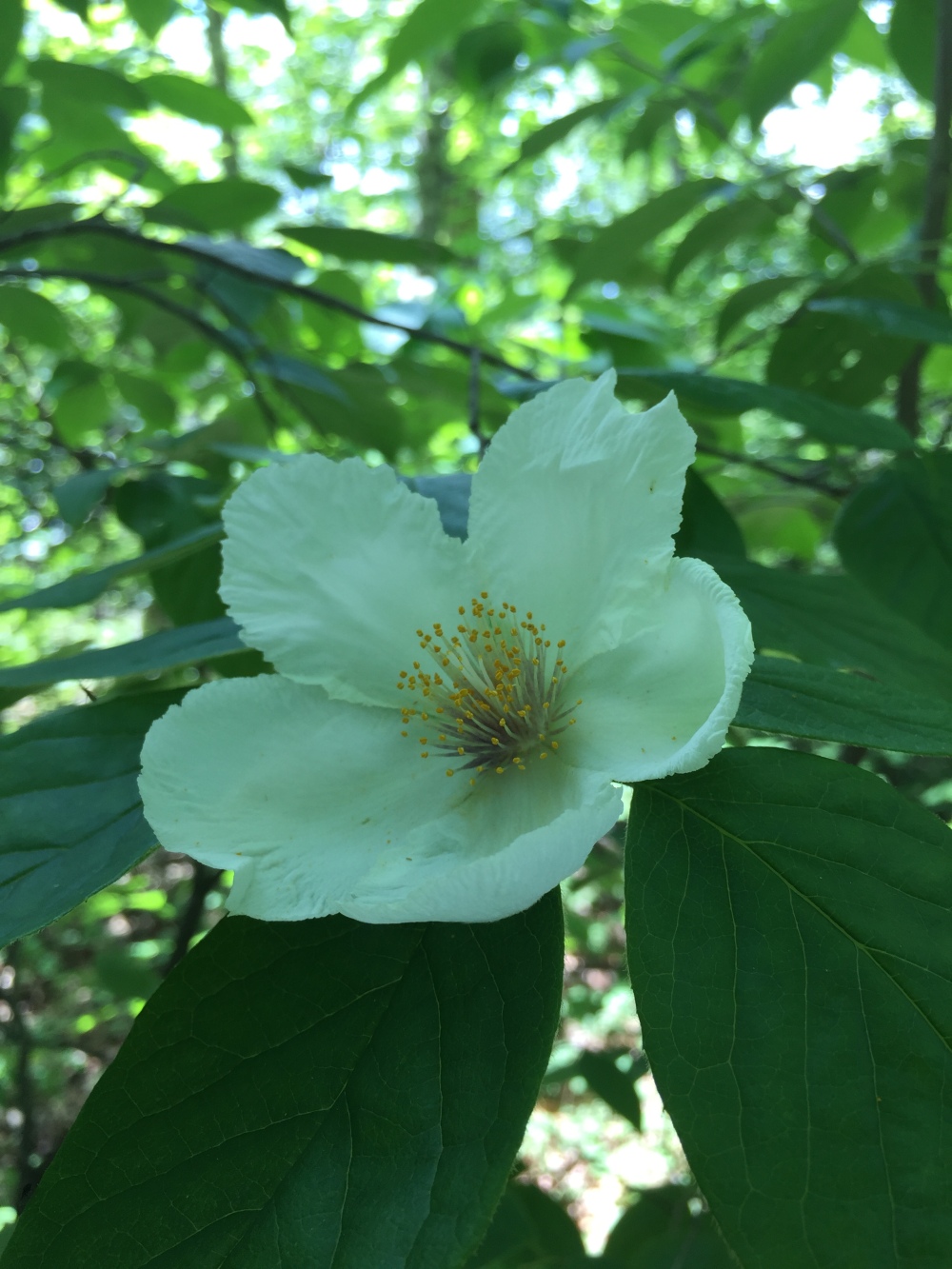 My favorite book is Cold Mountain, by Charles Frazier.  That probably shouldn’t be a woman’s favorite book, but it is mine.  I’ve actually never read it visually, but I listen to it several times a year as I fold laundry or work the garden.  The first time I listened to it I was working a midwifery rotation in Pennsylvania, and the way he described the mountains, rivers, and forest I could see it exactly.  He was writing about my land, my home, and I knew the trees and plants he wrote about in an innate, physical way.

Inman (a lead character), carries with him Bartram’s Travels, by William Bartram, which he reads excerpts from almost as a meditative exercise.  This is an actual book written by one of the most prominent botanists at the time.  He read an excerpt describing a plant Inman does not know, nor did I know by description.  It was the Franklin Tree (Franklinia alatamaha).

When Bartram wrote about this small tree in the 1770’s it was already essentially extinct.  Throughout his extensive travels of the eastern United States he found the franklin tree only in two to three acres near the Altamaha river in Georgia.  It has been assumed extinct in the wild since the early 1800’s, but he was able to save seeds which were successfully propagated and have kept the franklin tree alive in collectors’ gardens.

For unknown reasons, perhaps emotional fragility while working long hours away from home in Pennsylvania, I fixated on the idea of the franklin tree.  I developed a passionate desire to have one.  But I’m death to plants, I kill everything.  I’m getting better, this year I am mostly not killing a small vegetable garden I started from seed, I am attempting to grow zinnias (they’re dying), and I created two hydrangeas over the winter from cuttings (they haven’t died yet).  In many years, when my skills have improved, I will have a franklin tree.

But this isn’t about a franklin tree.

The woods are full of blueberries, at least we’re calling them blueberries.  It seems the difference between a blueberry and a huckleberry comes down to the pattern of seed distribution when they’re cut open.  So we’re just going to call them blueberries for now.

We took the children up to pick blueberries after supper the other night.  Some of the bushes are tall, but most of them are only 1-2 feet above the ground.  Perfect child height, and no briars.  We had only just started when I looked up and saw a small tree with white flowers that I took to be a dogwood at first which isn’t as misguided as it sounds.  Dogwoods can be found blooming late into the summer in some well shaded areas of the forest. 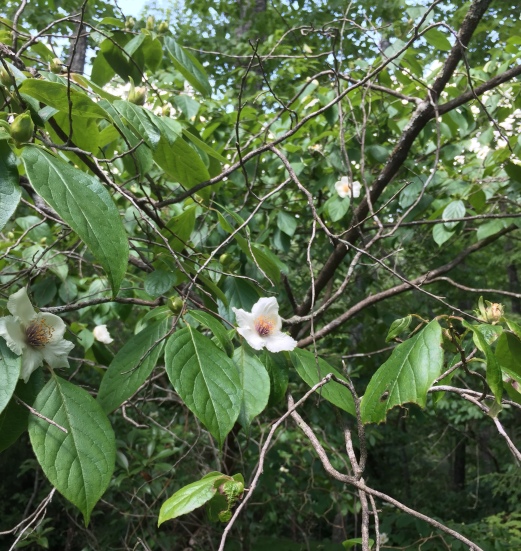 But as I looked at it, it was clearly not dogwood.  It had five petals, not four, and they were fluid, crumpled, almost like silk in the rain.  Its leaves were longer and the arrangement intentional, but unintelligible to me, neither alternate nor opposite.  And that’s when the remnants of childhood me who thought dinosaurs might still be alive just smaller and quieter leapt out and decided that it must be the franklin tree.  And because we all still wish that things like that could be true, I thought just a little that maybe it really could be a franklin tree. 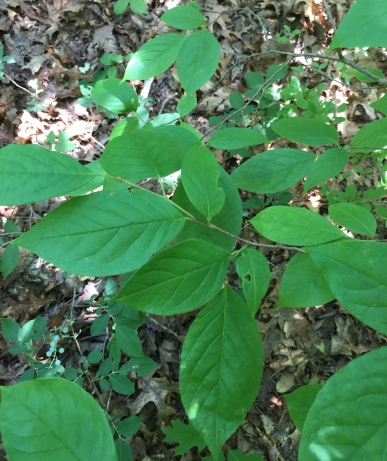 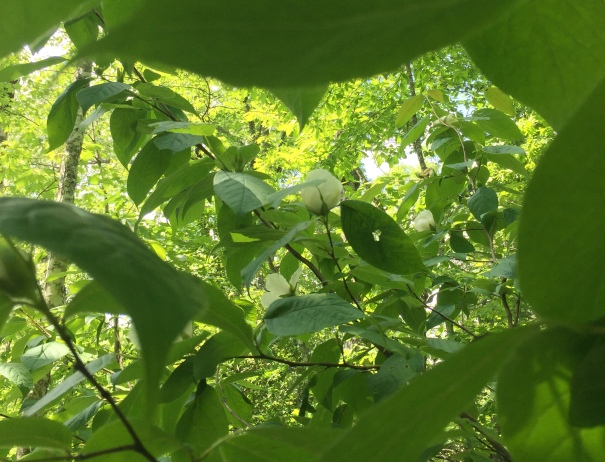 Obviously it wasn’t a franklin tree.  It was just another one of the hundreds of trees I don’t know the name of, and wouldn’t have noticed if it hadn’t happened to be in flower when the blueberries came ripe.  But as we rode home I wondered just a little if it might be the franklin tree?  Would anyone believe me?  Would anyone even care?

Mountain stewartia, mountain camellia, or summer dogwood, is a small tree with lovely white flowers.  It has a fairly small range and although it is said to be sparse through that range it isn’t considered exceedingly rare.  We probably passed 15-20 that evening picking berries.  Like most forest trees, it can be difficult to grow in a garden because of the specific soil and shade requirements.

Mountain stewartia isn’t the impossible franklin tree, but for me it is sufficient, and my new favorite tree. 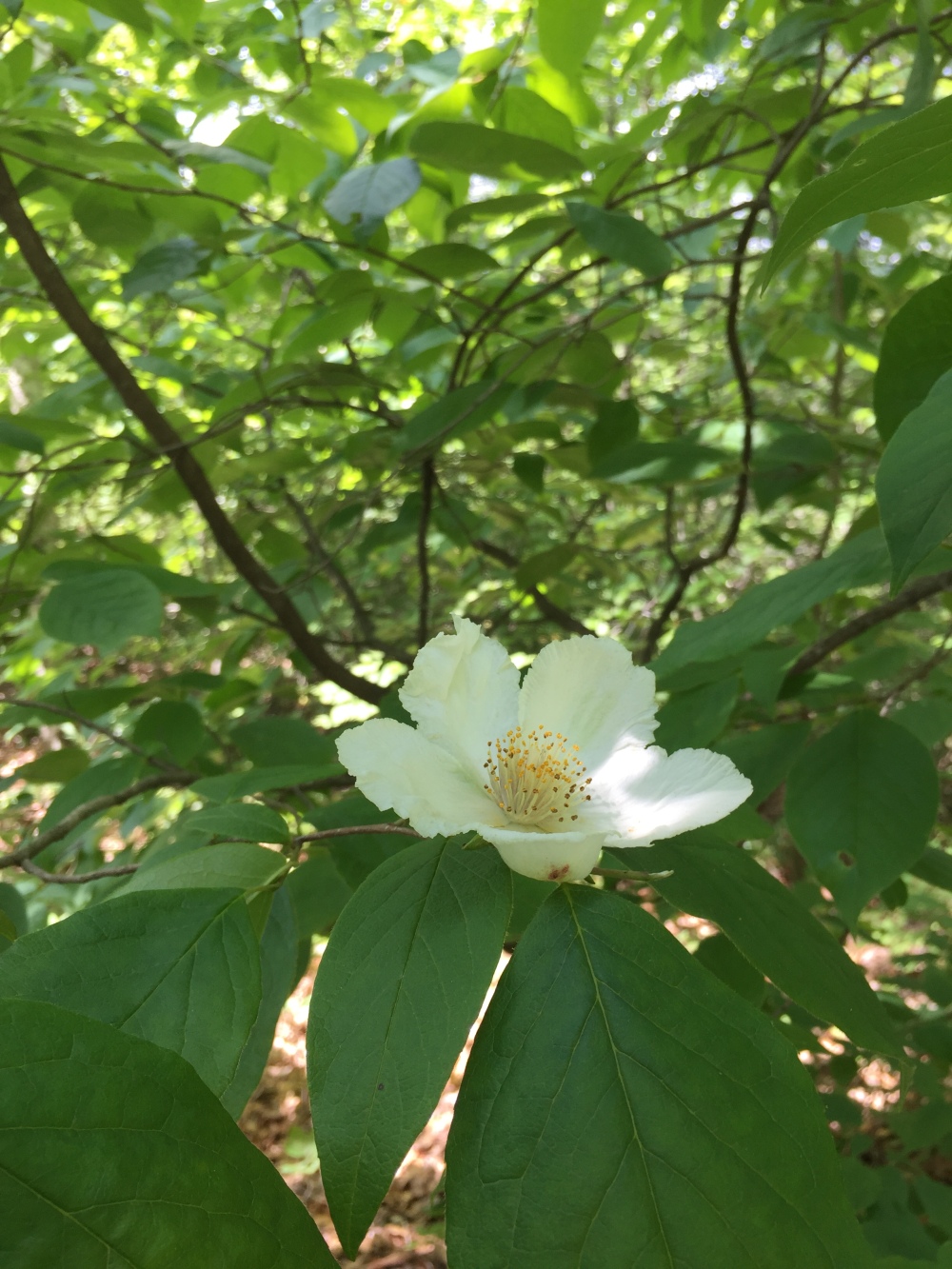