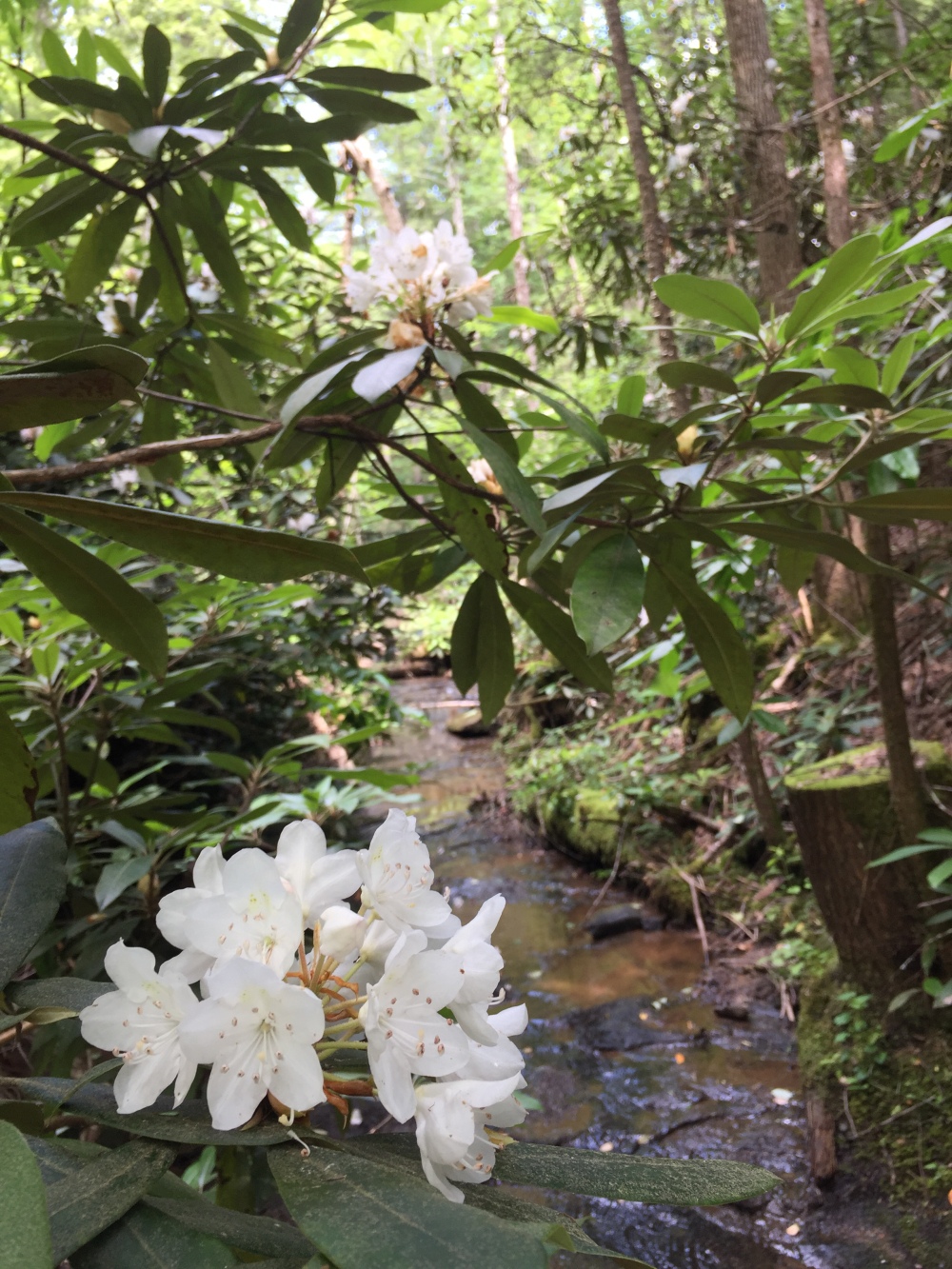 Rhdodendron is one of our most pervasive forest plants, so much so that in my mind it fades into the background landscape much like the ground around it.  I admittedly have thought so little of it that when I went to look up the scientific name I did not expect to find more than one species, and perhaps several color varieties.  In actuality, there are 800 – 1,100 species of wild Rhododendron in the world.  We primarily have Rhododendron Maximum in Kentucky which has white to pink flowers.  Our Rhododendron goes by many common names the most prevalent being Great Laurel, Great Rhododendron, and Rosebay Rhododendron.  Because to me it is so common, it will remain simply Rhododendron.

A bud, not yet opened

It grows in great thickets through the understory of the hollows, and to a lesser extent up into the mountains.  Often when it grows higher on the mountainside it stays short and closer, its leaves smaller and its curling branches thinner.  This causes some people to confuse it with Mountain Laurel, which while similar in some features is a completely different plant.  Most people do not like the dense, expansive thickets of rhododendron growth as they have a reputation for being impassible.  They are however quite easily passed through if you crawl.  Crawling and climbing through the branches is not at all unpleasant because rhododendron so thoroughly excludes any other growth that there are almost no briars or spiders. 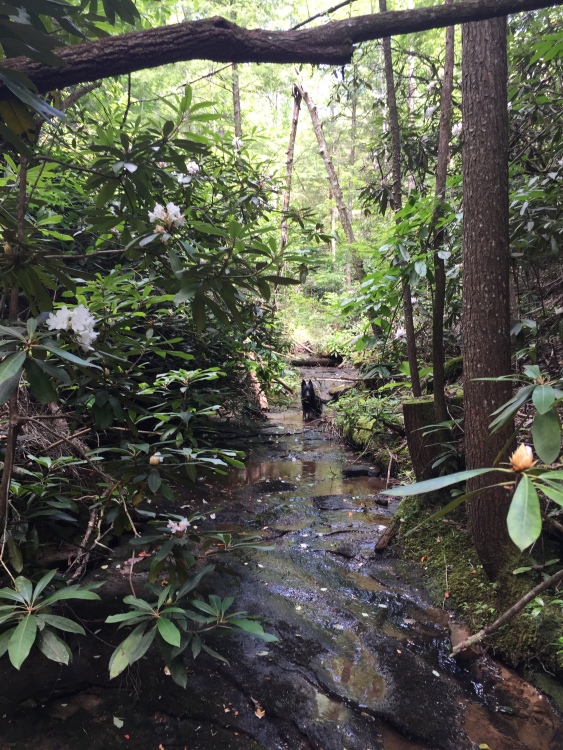 Around the Black Sea however, very dedicated beekeepers, living near a different variety of rhododendron than we have, which contains a great deal more grayanotoxin than our species, are able to compel their bees to gather nectar from only the local rhododendrons and when a person consumes this honey they can become very stoned, or dead, or any state in between.

Our rhododendron contains only very small amounts of this toxin and not only is it toxic to humans, it’s also toxic to honeybees. Some bees seem to have greater resistance to it, but most don’t.  If you watch a rhododendron in bloom it is mostly bumblebees (who have a natural resistance to the toxin), a smaller gnat-like bee, and flesh eating butterflies hovering around the flowers.

Rhododendrons start blooming in June, but depending on how much sunlight they get, and where on the mountain they grow, you can find them blooming all through the summer, and I appreciate them for this.